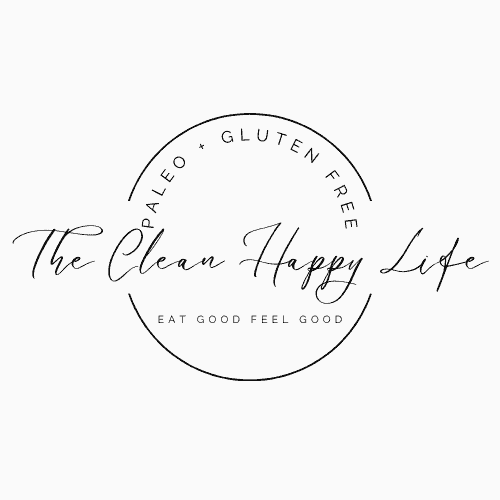 Whether you want it for the health benefits or as a clean addition to your recipes, you'll want to have a good Paleo bone broth recipe in your arsenal. This one is Whole30 too, and made in the slow cooker!

There is a LOT of leeway here for ingredients for your broth. It really comes down to what you prefer. This includes fresh veggies and spices. Some ideas would be:

What should you NOT Put in Paleo Bone Broth

You would NOT want to include potatoes, leafy greens, or cabbage. These ingredients can make your broth bitter tasting.

What Makes this Paleo, Whole30, and Keto Bone Broth so Good

The best part about this Whole30 bone broth is how clean and fresh the ingredients are!

You can use pasture raised, free range, grass fed, and grass finished bones and have the most nutritious broth to use in your recipes.

One of the most well-known benefits of bone broth is how good it is for gut health and digestion. It's a natural remedy for leaky gut, as it's full of L-Glutamine and collagen.

It's also rich in glucosamine and proteglycans.

According to Nourishing Traditions by Sally Fallon, bone broth has all of the macrominerals such as sodium, chloride, calcium, magnesium, phosphorus potassium, and sulphur "available in ready-to-use ionized form as a true electrolyte solution."

What does Vinegar Do to Bone Broth?

For years almost everyone said to put a bit of vinegar into bone broth. It was suggested to put the vinegar directly onto the bones, perhaps let it sit for a bit, then add the water and cook it.

The thought was that the vinegar would draw even more nutrients out of the bones and make a more nutrient dense bone broth.

New research suggests adding vinegar really doesn't do anything at all! Read about the miniscule differences in lab results this broth company received when comparing broth made with vinegar and without.

Since I have a food intolerance to yeast, I don't even bother with this step as vinegar is high in yeast, so I was happy when I learned you really don't need to add vinegar to your broth!

How to Make Whole30 Bone Broth at Home

There's no hard and fast rules when it comes to making your own broth at home.

Prep and add your veggies of choice. the more surface area exposed the more extraction. However if you're cooking them for a long time, they don't need to be diced or anything. Just rough chop and throw it in!

Leave on high heat for 12-24 hours, or low for up to 72 hours. Keep an eye to make sure there is always enough water in the slow cooker.

If any foam rises to the top, you can spoon it out to remove it. It's just impurities from the bones.

Anything else that rises up, I can't find a definitive answer from a solid source if you need to remove it or not. I usually just leave it unless it looks visually unappealing.

When the broth is finished, strain out the bones and veggies. Discard or save for other uses.

Note-dogs shouldn't be fed the cooked bones. They can break easier once cooked, and can puncture their digestive organs after they're swallowed, or can choke them.

Bones to use for Paleo Slow Cooker Bone Broth

You can definitely use whatever bones you'd like! Some bones may be more gelatinous than others, resulting in a more jelly like broth when cooled.

You can use beef or chicken bones!

If using chicken bones, you can even throw in chicken paws! They will absolutely make your broth full of gelatin and collagen, which is great for hair, skin, and nails.

How to Store this Homemade Bone Broth

Seal the container and place in the fridge or freezer.

If in the fridge, you'll notice that a layer of gel may harden on top. This serves as a seal for the broth (if there's enough of it), and it will allow you to keep your broth much longer in the fridge!

If there isn't enough fat on top to fully seal it, only keep your broth for up to 3-5 days. If you want it longer, take it out and bring it to a boil to make it last another 3 days.

If you're broth gels when cooled, that's completely normal. That just means your broth has a lot of gelatin in it, which is healthy for you! 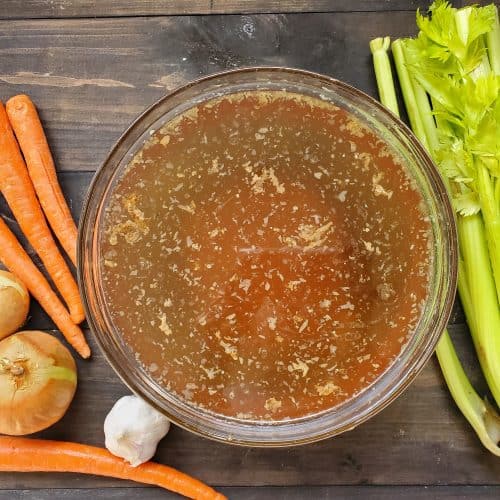 Whether you want it for the health benefits or as a clean addition to your recipes, you'll want to have a good Paleo bone broth recipe in your arsenal. This one is Whole30 too, and made in the slow cooker!
Print Recipe Pin Recipe
Prep Time 5 mins
Cook Time 1 d
Total Time 1 d 5 mins
Course Ingredient
Cuisine American, Asian, European
Servings 6 quarts (approximately)

Did you make this Paleo and Whole30 Slow cooker bone broth? Let me know below!

Please note, some of the links in this post may be affiliate links, which earn me a small commission while getting you a discount! Thanks for your support!